ALL ABOUT ME, THEN!

Well, I like being nosey about people (my excuse is being a writer – what’s yours?) so I guess I’m going to have to spill some beans . . .

Usual polyglot English heritage – bit of maurading Scot and immigrant Irish but mainly stalwart Cumbrian and Lancashire. The progress south began when four years old until we eventually hit the south coast. Endured a very good girls' grammar school (although suspect would have learnt so much more at the mixed sec.mod….!) I am, however, eternally grateful for a fab English teacher. Average at virtually everything – in fact one of those irritating people (to myself especially) who was instantly competent but never excelled. I still maintain that when she announced my appointment as a prefect, the Headmistress had inadvertently turned over to the lost property list……the fact that she never remembered my name thereafter surely confirms this?

Mother sashayed off to separate life when I reached 13 and father became single dad of single child. Spurned college and uni as not for the likes of me or much too scary, and fell into an unremarkable career as a seccie. Had BIG FUN in the 70s – took biggest decision so far and emigrated to New Zealand – had to marry live-in boyfriend to get the fare paid, but had five fantastic years in 'God's Own'. Break-up meant return to Blighty, trying to rescue mother's business, sowing lots of very (VERY) wild oats and learning (about bloody time) to stand on my own two feet.

Brief but traumatic and disastrous return to hot past love, followed by pleasant but ultimately sedentary relationship which involved move to the south east and a proper career (again, at last) in print production. Then another huge decision – throw caution to the wind and marry beneath me !......age-wise that is…..and yes – it worked – for a few years anyway.

Now single again and loving it! Independent, surrounded by good neighbours and great friends – can read half the night, leave the bathroom door open whatever I'm doing in there, go to bed looking like a jumble sale, ignore the housework, cook when and what I want to eat – what's not to like?

And… finally….. I have found something which wholly and absolutely absorbs me, which I could do all day, every day and through which I can rise from being merely competent. 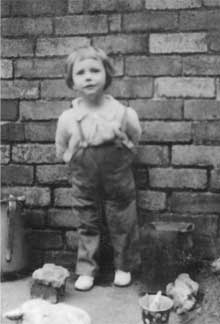