From the mid 1850s there were huge leaps forward in the world of fashion: aniline dyes made fabulous vivid colours possible, the invention of the ‘cage’ liberated women’s legs (and required seamed drawers for the first time!) and machine technology reduced families to starvation and elevated the middle class to the height of elegance.

Victorian Manchester in the mid 1800s

Nothing could possibly have prepared Margaret (Unmapped Country) or Helen (In Her Fashion) for the frenetic reality of Cottonopolis. Neither would have been a stranger to poverty – there was plenty in the countryside and villages of both north and south – but to exchange clear skies for the perpetual fog of uncontrolled industry; the cottages, however they may resemble hovels, for the stygian back-to-backs, must have been mind-blowing. The more research I have done, the more I realise that far from exaggerating, Elizabeth Gaskell barely touched upon the awful truth of Manchester in the 1850s.

Here are some facts to reinforce my point . . .

As you can imagine, there were many changes to fashion during Victoria’s reign – however, these were not nearly as momentous as those within the reign of Elizabeth the second !

When comparing the costume of the late 1700s with those of the early 1800s, the biggest changes are the men clothes. There is lessening of flamboyance. Lace is replaced with fine cotton lawn, skin-tight pantaloons with straight trousers; brocade waistcoats are banished to fine dining evenings only. Wigs are no more, although hats must be worn at all times, even by the meanest worker.

High fashion for women alters but not quite so drastically. The full skirts of the previous millennium still prevail but are now rounded rather than the ‘pannier’ shape of the Georgian period. Overall the style is more modest than that of the previous millennium -  the décolleté and bare shoulders being reserved for formal evenings. After all, our dear Queen is still only a young lady and those who would ape her must reflect her reserve.

Up to fifteen foot around the circumference of skirts

Black gloves were often given as gifts at funerals

The ‘cage’ replaced up to six petticoats which could weigh 14 pounds. It was patented by American W S Thomson in 1856.

Enough steel was produced in Sheffield in one week to make half a million hoops.

Two most beautiful books if you wish to pore over the magnificence of costume of this period:

The world created by Mrs Gaskell that I had so enthusiastically continued, would not let me go but I wanted to move away from the insular world of Marlborough Mills. There were so many exciting things happening in mid-Victorian Manchester (referred to as Cottonopolis, Milton or The City) that the only dilemma was which to pursue.

A deciding factor was that I wanted some of the characters from the previous book (Unmapped Country) to make an appearance so that there would be a tenuous link between the stories. So we stay in Manchester but move from the manufacture of cotton cloth to its printing and involvement in the burgeoning retail fashion world of England's second city.

In Her Fashion is the story of Helen Bancroft, a naïve, self-centred young lady whose rejection of her family's plans for an unacceptable marriage propels her from rural Lancashire into the maelstrom that is Cottonopolis. From a background of indulged simplicity, she must grow up quickly and learn to take on responsibility, not only for those around her but for her own actions. She will discover many opportunities but must also understand the inevitable dichotomy between ambition and friendship, and the difference between lust and love.

The narrative is still Victorian in both style and substance and the characters, from a successful Calico printer to an Irish navvy, are set amidst the excitement, challenges and privations of the City. It is a rite of passage, a love story and a tale of evolution leading to success over outward and inner adversity. 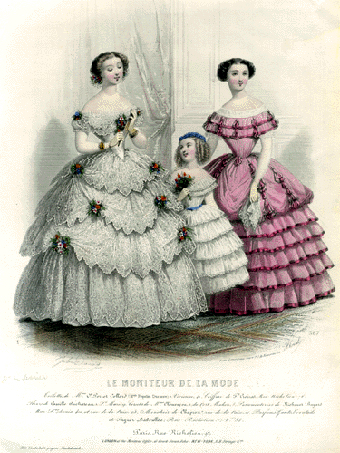 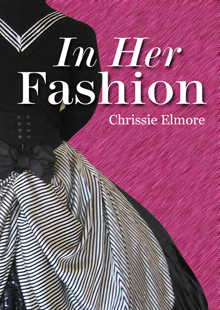 Not published yet - still in the editing stage - watch this space