Blow me a kiss from across the room

Say I look nice when I'm not

Touch my hair as you pass my chair

Give me your arm as we cross the street

Call me at six on the dot

A line a day when you're far away

Don't have to buy me diamonds or pearls

Champagne, sables, and such

I never cared much for diamonds and pearls

Give me a hand when I've lost the way

Give me your shoulder to cry on

Whether the day is bright or gray

Give me your heart to rely on

Send me the warmth of a secret smile

To show me you haven't forgot

For now and forever, that's always and ever

I'd never really believed in Spooks. No, not the Ghost Buster type. I mean those TV and film action heroes who work for MI5 or 6 and lay their lives on the line to protect our land from terrorists and nutters; usually played by impossibly good looking blokes who women get the hots for and husbands declare must be gay. I mean, you know they must exist, the country must be protected even if by worryingly nefarious means, but unless you've ever met one, they're . . . well . . . fictional. But I can tell you that even after you have met one, you still won't be any the wiser.

There are many things I might have thought when the black saloon car slid down our lane and the dark suited man walked down my path, but the possibility that he may be from 'The Firm' certainly was not one of them! My first reaction was 'Oh hell! He's either selling Insurance, Utilities or God. I must be pleasant. These people get enough abuse without me being unnecessarily rude.' So I put aside my account books, pinned a smile on my face and opened the door with a cheery 'Hello!'

He didn't smile. That was a plus as far as I was concerned. People selling you something try too hard to engage with you. Yes, I was Janey Pullinger. (Can't be Inland Revenue – not with a car like that.) Yes, I was a freelancer. Was I looking for work? Der - well, of course I was. Anybody who has given up the rat race in the hope of achieving peace of mind and a better life style but has quickly realised that the reason for the years of stress and long hours could actually have been the bank balance, was looking for work. Well in that case he may have a proposition for me and could he take a few moments of my time to explain?

As soon as someone says 'a few moments of your time' alarm bells ring, don't they? You know immediately that it is NOT going to be a few moments, but interminable hours of trying to get rid of them and their follow up calls. So why did I let him in? I have to admit to being a bit of a push over for a cultured voice (and being desperate for any displacement activity). And he did have an air of authority about him. This was a man to take seriously, but then I guess they acquire that through the training. His presence filled my front room. The cottage is not large and the sitting room, which is perfectly adequate for friends, appeared to shrink with this alien invasion. It wasn't his size; he was slightly under average height, neat, tidy, unflamboyant. But somehow he brought his world with him. Imposing in a strangely unassuming way.

It's taken me far too long, but at last I have learnt to keep my mouth shut and give other people a chance – well most of the time. I therefore didn't ask any questions and let him launch straight into the proposal.

I had been imagining a heavyweight copy-writing job, that being my professed business, although in truth I'll do a load of other things not nearly as specialised in order to earn a buck. Well this was one of the other things. He got me from the beginning by saying he had heard that I was a writer but that I also did admin work. Well, what as yet unpublished author can resist being described as 'A Writer'? Certainly not me, after subjecting two books and five short stories to hundreds of rejections. Would I be interested in a job on my doorstep and involving only three or four hours a day, leaving me time to continue my writing and other freelance work? Yes, interested, tell me more. Ah, well, before he could go any further, he must have my agreement to sign the Official Secrets Act.

Okaaaay, time for tea I think.

He followed me into the kitchen. Not what I had been hoping for since the washing up was still in the sink and I needed time to talk to myself. Thank God I'd bought flowers recently – the lily perfume covered up the odour from the bin! Somehow his sharp suit didn't look so intimidating once he was sitting at my breakfast table and now he did smile. A reassuring 'I'm-just-an-ordinary-bloke' kind of smile. He said he was sorry, the Act is always a bit of a facer. It's really only protocol. Anything to do with a branch of Government was very sensitive these days, what with Wikileak etc. and it had all got a bit out of hand, like Health & Safety. Larger smile this time. Why had he approached me? Well, 'they' (he didn't specify who 'they' were at this stage, of course) were looking for someone in this area who was completely flexible, therefore no dependants, no close relations and self-employed. The most important point though, was that this person should be proven to be reliable and discreet. Apparently my employment with the County Council had qualified me. Grief, he couldn't mean those few months of incredibly boring databasing, could he? Well, I suppose I had signed some sort of agreement not to spill the beans about Mrs Jones' benefit or Mr Winston's criminal record. But that hardly qualified me for national secrets did it? And who were 'they'?

At this point he did produce an identity card – very posh, not your usual dog-eared plastic job that the Eastern European door-sellers wave around - from which I gathered that he worked in a 'Section' in London but not much else. And, he assured me, we were not talking national security, merely that the 'department' would prefer discretion.

Now, I'm sure this all sounds very dodgy and that I should have told him to remove his feet from under my table and go find another gullible sap. But . . . I did need the money, and even though I was pretty bored, I really didn't want a stressy job. I'd just finished a biggish commission with a design agency down on the coast which, as the deadline approached, had required horrendously early starts, long days alternately hunched over a screen or arguing with the client, and hours battling with traffic and wardens. All I wanted was a brain-dead job and loads of money. And here it jolly well was!

Just a few hours each day, allowing me to get back to my real love – writing - and walkable! And the pay – wow! What the hell would I be expected to do for that? But then Mr Smart Suit was based in London and probably didn't appreciate that us mere country peasants couldn't usually command such ludicrous wages. He was only prepared to go into detail, none of which I could breath to a soul, once I had signed the magic paper. I had a vision of those ex-employees at Bletchley, some of who went to their graves without divulging a single fact to the person they had slept next to for the intervening fifty years. Not that my consistently empty bed would present such a dilemma. I suppose all this cloak and dagger stuff intrigued me; certainly better than the sort of questions they ask down at the Job Centre. Oh, go on then, where do I sign? But I can still change my mind, yeah?

Right, job description: Care for wounded ex-combatant. Hey, back that bus right up! I know I said I do most things but it most definitely does NOT include wiping bottoms. No, not that kind of care. The 'operative' (yes, that is how he was described – should have given me a clue, that. You don't call bog standard soldiers 'operatives') had been discharged from a medical environment as he could now manage all bodily functions, including washing, dressing and self-medicating, despite needing the support of a wheelchair, and even that was expected to be only temporary as he was recovering well from his injuries. My duties were as a glorified char, keep the house tidy (had he not noticed my disorder?), do the shopping and deal with the usual personal and household admin until said 'operative' regained his fighting fitness.

OK, that doesn't sound too bad. I hate housework but for that sort of money I'll learn to embrace it. And I quite enjoy supermarkets. Yes, weird I know. The admin part? Do it all the time. So, hand over my bank details (always slightly worrying) and receive a contact telephone number (should I try it out – just to prove it's kosher?), reassurance that all details would be in the post, and a parting comment: 'Any problems or queries you must ring me. You might find John Sadler a little . . . unpredictable . . . but you will appreciate that he is somewhat traumatised. Patience may be required, Ms Pullinger.'  Oh, great, tell me the catch just as you're leaving!

I guess it sounds as though I had been rather rail-roaded into this but now that I have a greater appreciation of how these guys work, I realise they had done their homework. I was a done deal really. I suppose I had been ambitious when I first started off in marketing and discovered a talent for copy writing, but nowadays I'd rather be working on my own stuff and that doesn't really make you hungry for a nine to fiver. And it's surprisingly easy to find out all this kind of stuff about people. A false job interview – loads conducted over the phone these days - and you're telling someone you've never met the details of your work history, education, hobbies. I don't know if they would go to all that trouble over a recruit as low down the scale of things but it's possible . . . and so simple. Anyway, I fitted the criteria and they knew it would appeal. The confidential bit was easy. Freelance work is always feast or famine. So my friends and neighbours would be unsurprised by a change of routine and quite honestly most of the work I do is either too mundane or too technical to be of any interest. Just saying I had a new client would be sufficient.

So I began a life of secrecy – a very, very junior Spook in the making! 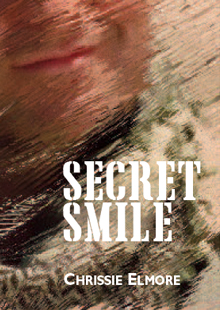